The intervention of the President D.i.Re Antonella Veltri at the presentation event of the final report of the Commission of Inquiry on Feminicide in the Senate

Thanks to Valeria Valente, President of the Feminicide Commission in the XVIII legislature, Senator of the Republic.

Today D.i.Re is here because, as the National Anti-Violence Network, which welcomes 82 women's organizations into a project, with 106 anti-violence centers and 60 shelters in 19 regions of Italy, we gladly accepted the invitation to report the field experience of who welcomes over 20 women a year, despite having consciously chosen not to participate as experts in the work of the Commission.

Ours was an external interlocution from an expert and feminist association, deliberately non-institutional, which always works in the interests of women.

We can say that thanks to the work carried out we can confirm with greater certainty what our centers have been recording and measuring for years.

We ultimately have numbers and analysis that we wouldn't have otherwise. A fundamental contribution to the knowledge of the phenomenon, therefore, which institutionally strengthens and confirms what D.i.Re has long supported the many aspects of the complex system of violence against women that deserve different approaches from all institutions.

We have decided, despite being competent and responsible experts, to remain outside the context of the commission because we have deemed it useful to provide our contribution from the other side, from the side of women who experience male violence and us with them, by their side while maintaining their freedom to critically build an independent but collaborative vision, outside the context of institutions.

It is the institutions today that I address as a network D.i.Re to avoid falling into direct, personal and individual calls in the choice of the components of the places for the construction of the strategies to be put in place to combat violence against women.

Greater transparency and mirrored recognition are tools that must accompany the choices to be made, in the use of the official nature of the call, in compliance with the due form.

Today I'm here to talk about the "experience" of the network of anti-violence centers and for this reason I want to immediately clarify the ambiguity that could pass through our listeners and which concerns the meaning, the value, the weight of theexperience gained in more than 35 years of listening to the women we welcome.

it is easy to attribute to the word "experience" a merely operational connotation, which brings the work of the centers back to simple "service". On the contrary, for us "experience" is a powerful value, which encompasses experiences and lives, which finds ways and solutions to accompany women out of violence.

Whoever listens to women holds full and nuanced knowledge, many, of the phenomenon, holds the keys that allow with authority, responsibility and awareness to open the doors of a phenomenon which, as many say, is not emergency, it does not need security measures, it does not need additional legislative instruments, but it urgently needs to be tackled all together, all together, each and every one from their own position and the role they occupy. Each in the role that belongs to him, recognizing the knowledge and practices of those who have ensured that the phenomenon has been talked about for over 35 years.

Our experience is the experience that gives competent knowledge, which indicates the paths and actions to take to make possible the cultural change that everyone is talking about today and of which the institutions must know how to grasp the direction to implement it.

Too often and quite widely, anti-violence centers are relegated and confined to a certainly important space which, however, does not do justice to the enormous work that the activists and operators do: the centers do not only welcome women, which is already a lot because they take them out from violence in respect of their will, the centers are spaces of freedom in which the culture of respect for rights is built, in which the sense of being free and in solidarity with the world is conveyed, overcoming the boulders of stereotypes that nourish the subculture of violence.

We affirm once again that we are wisely competent agents of the cultural change that we have been practicing for years and from which we draw inspiration in the practice of welcoming women.

And this is why we are here today also to reiterate that this latest State-Regions agreement does not fully satisfy us, that the National Anti-Violence Plan is a useful tool if it respects and enforces the right timing in the disbursement of funding and recognizes the right value to places of change.

We read in the Agreement a clear political attempt to legitimize the centers for abusive men, despite the fact that there is still no research on their effectiveness, and above all a dangerous equivalence between these and the anti-violence centres.

Anti-violence centers and Centers for male perpetrators of violence operate from two profoundly different perspectives which cannot be confused and which must not be superimposed.

We have expressed ourselves widely on this but the provision was approved without actually listening to the voice of those who have been working in anti-violence for years.

One of the most critical points, repeatedly denounced by the Internet D.i.Re, concerns the direct contact of centers for abusers with women escaping from situations of violence which, in fact, opens dangerous doors to mediation.

No anti-violence center talks with perpetrators or does mediation, as is also foreseen by the Istanbul Convention.

However, the State-Regions Agreement shows us that we will have to defend these fixed points once again.

It is for these reasons that the Net D.i.Re sent to the Equal Opportunities Department – ​​and communicated in a press release – the request for suspension of the minimum requirements both for the anti-violence centers and for the centers for abusive men, also due to the method used: the revision of the minimum requisites of the anti-violence centers took times and methods that did not allow for concerted interventions and did not allow to be able to re-elaborate a thought reality.

It is true that we have been listened to, and rightly so, in defining the minimum requirements that define anti-violence centres. We were delighted. Not equally satisfied and pleased with the results that still relegate us to service spaces even though we partially and only partially welcome our contributions.

We will continue to stay in the places of the institutions, if this is still possible as we hope, because we believe that only through a fruitful and respectful exchange between the institutions in charge and the so-called civil society of women will it be possible to build the rules of cultural change.

We will not accept what has already happened to facade participations that expose us, expose women, to unjust manipulations and deceptions and communicate an ill-concealed sense of participation.

We will be at the forefront to defend and maintain acquired rights, conquered by the women's movement because we believe in the values ​​of women's self-determination and freedom, primarily from violence.

We will be at the forefront of preventing the restoration of an alleged family order that obscures and hides, relegates and confines women to roles and positions that do not do justice to the equality and free choice of each of us. We are well aware that the traditional family, fruit of patriarchy, is the theater where in 80% of cases violence is consumed in its various dimensions and forms.

We will be vigilant, we will be able to read the actions - perhaps not frontal - that will try to sabotage the rights won, because we all care, we all have freedom and the desire to live with respect for diversity and the desire to build welcoming communities of all diversities at heart ” 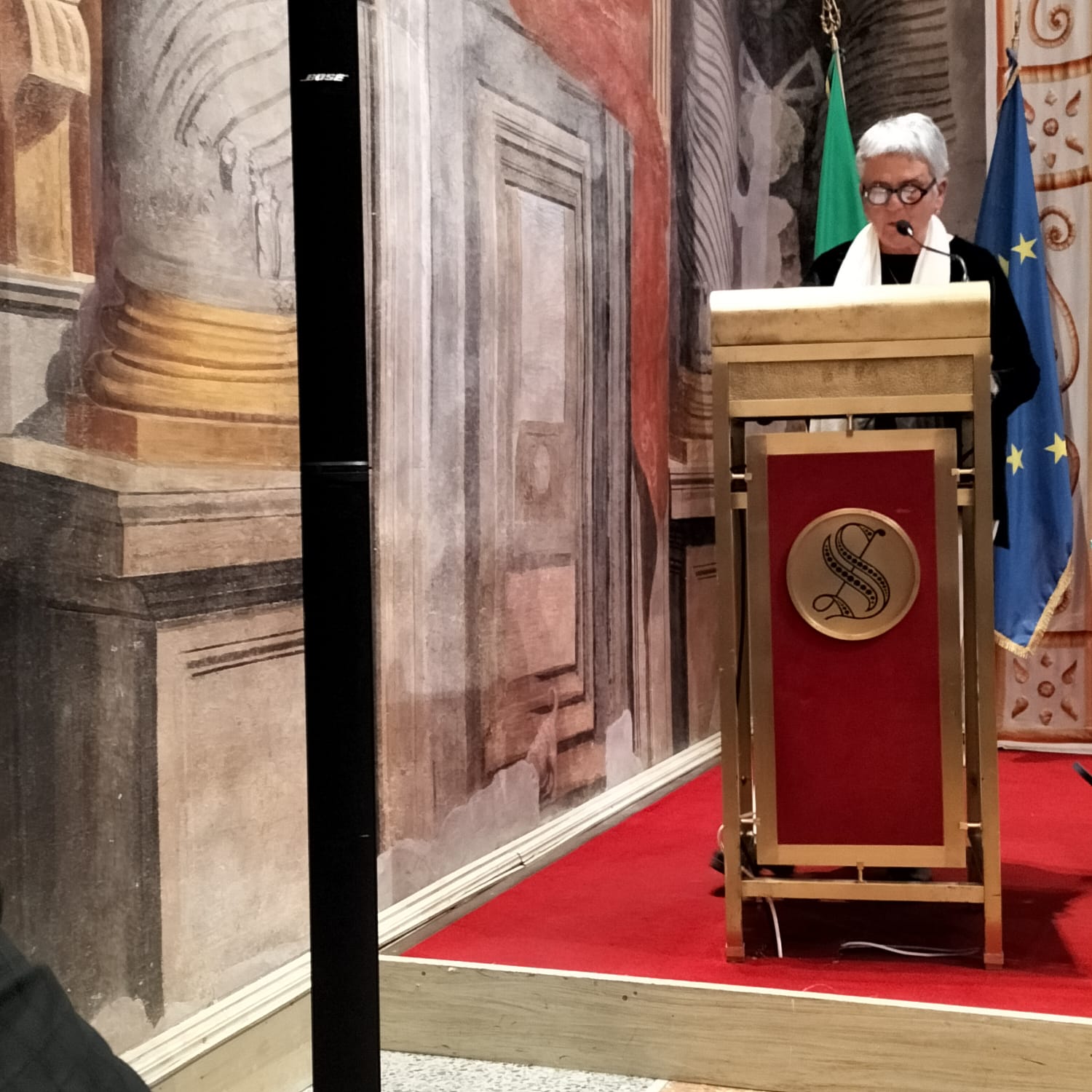 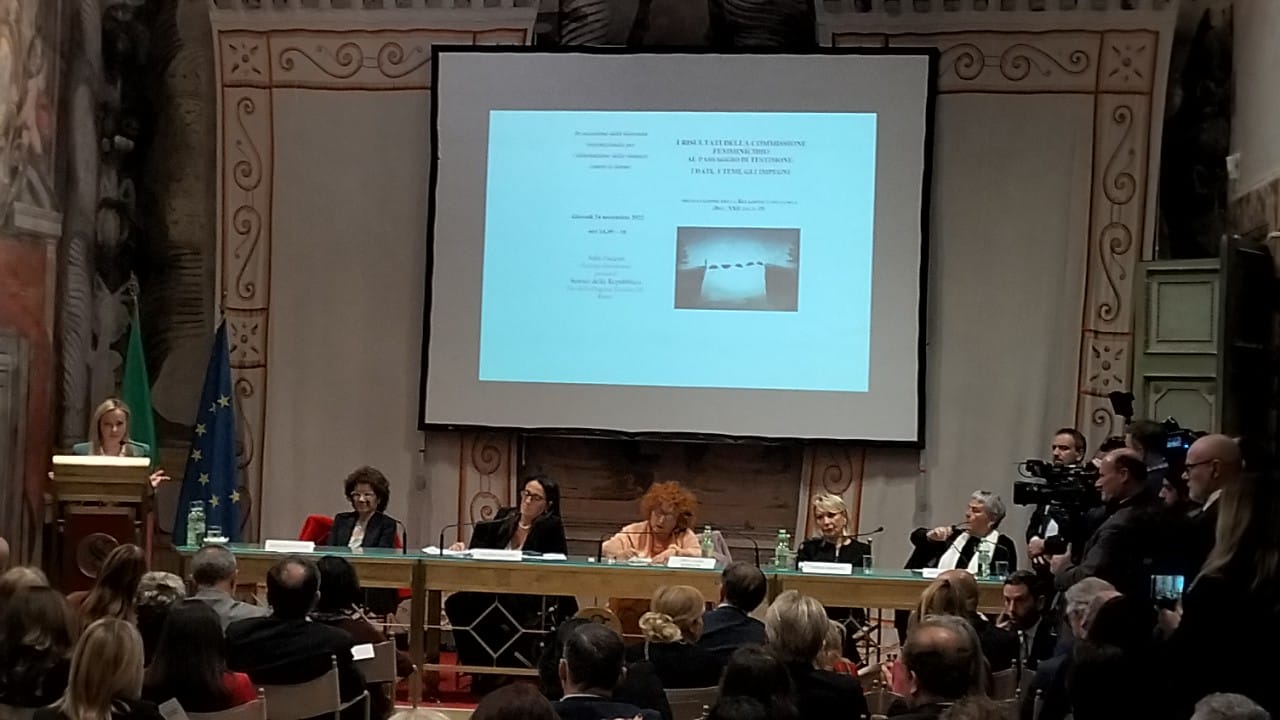