The word of women. A day to explore institutional victimization: when those who have to work for the elimination of violence against women do it

A day to explore institutional victimization: when those who have to work for the elimination of violence against women do it

D.i.Re – Donne in Rete contro la violenza has set up the Observatory on secondary victimisation and, in 2024, will present the results of a statistical research on this aspect of the phenomenon of violence, which affects women's lives so much.

As of early 2023, coupled with this new research, D.i.Re will organize a Working group open to various stakeholders, which will have the objective of monitoring and highlighting all the national good practices that help to counteract the institutional and secondary victimization of women. A working group that – concretely – can give a active contribution to immediately implement a substantial change in practices, language, approach to male violence against women.

To start talking about institutional and secondary victimization to a wide audience, d.i.Re – Women on the Net against violence, restarted from Verona, three years after the immense demonstration that women's movements had strongly wanted to respond to the strong appeal to the patriarchy of Family Day.

An intense day, a program designed to delve into the most significant aspects of this form of violence, which annihilates women in their paths of freedom.

In order to better work against institutional victimization, D.i.Re has begun to highlight - through the direct experiences of the operators - what the consequences are in the exit paths, in the judicial paths, in the lives of women.

The survey presented – elaborated thanks to the contribution of 37 of the 82 member organizations of D.i.Re and who analyzed the situations of 5.740 women – confirms, among other things, a very low trust of women in judicial processes: only 27% of the nearly 6000 women undertook a judicial, civil or criminal procedure.

Among the institutions reported as victimizers in the various phases of the women's journey, the socio-health services, the office technical consultants, the police forces and the courts emerge.

"The picture that emerged from our survey is not at all reassuring: we are still a long way from being able to consider institutions as allies in the fight against male violence against women. There are few cases dealt with with adequate correctness and with the right awareness, deepening the knowledge of a phenomenon on which - by now - there is a great deal of literature and for which ignorance and superficiality are no longer allowed”Declares Antonella Veltri, President D.i.Re – Donne in Rete contro la violenza.

Among the various participations in the meeting The word of women, also a judge, Doctor Raffaele Sdino, President of the family section of the Court of Naples: “Why shouldn't a woman who suffers violence be free to express her anger? Why should you be collaborative with institutions that don't listen to you? We must learn to understand violence and its consequences” 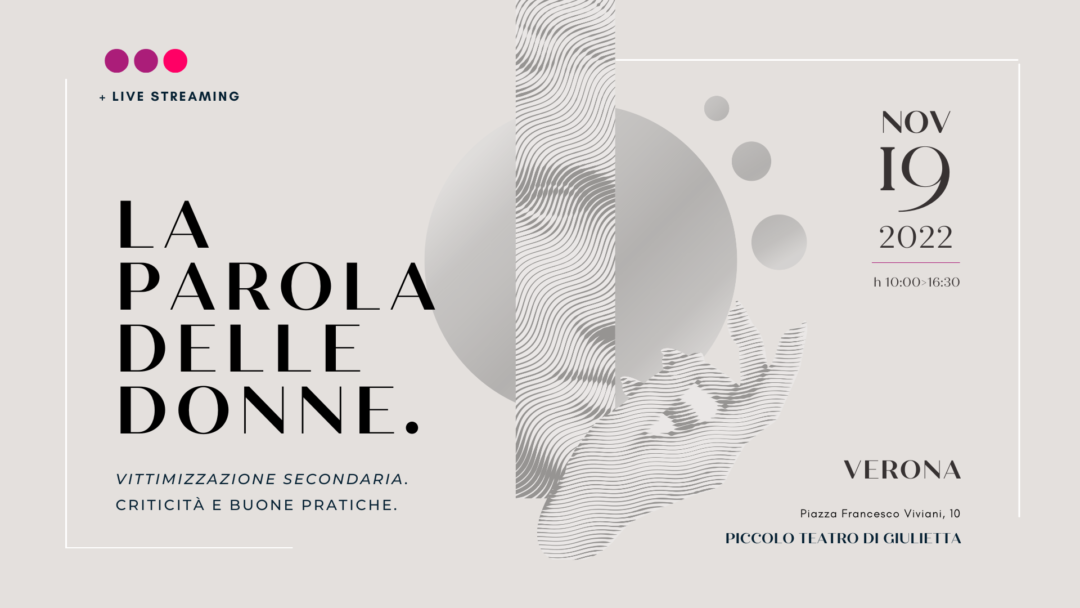