D.i.Re with UNHCR | Against the war, alongside women to welcome.

Starting from Saturday 8 April, operators and cultural mediators of the national anti-violence network D.i.Re are involved in the UNHCR / UNICEF Blue dots located in the border areas of Fernetti (TS) and Tarvisio (UD).

The expertise of the experts is made available to Ukrainian women and girls arriving in Italy to guarantee them adequate information on the prevention of violence against women and the support offered in situations of violence on the Italian territory, thanks to the reception of anti-violence centers.

The Blue Dots are safe places where information of a legal nature and orientation to services on the Italian territory is given; in addition, support is guaranteed in the event of gender-based violence by the experts of D.i.Re.

The GOAP association of Trieste - member of D.i.Re - will be in charge of supervising the delegations on the spot and of training on the specific issue of male violence against women of all those who - in various capacities - will take care of the reception of Ukrainian refugees.

This action in this very difficult moment of the war in Europe, is part of the wider collaboration project that has characterized the relations between D.i.Re and UNHCR and whose general objective is to facilitate the access of women asylum seekers and refugees to the Anti-violence Centers of Network D.i.King. Specifically, the concrete and immediate objective to be achieved is to strengthen support for women fleeing Ukraine, by increasing the staff experienced in violence against women in the border areas.

"We all have a feeling of great concern about the war in Ukraine and all wars, as well as the increased spending on weapons. Welcoming women and girls forced to abandon their homes, their lives, makes us active - once again - to try to counter the threats to everyone's freedoms, made even more evident by the war.”Says Antonella Veltri, President of D.i.Re - Women on the Net against violence

Luisanna Porcu, former National Councilor psychologist and worker with 30 years of experience was our first operator in the field and tells us about her experience:

War is the place and time of violence and death. It kills lives and desires.
As an operator D.i.Re. engaged in the Blue Dot, I tried to understand, I did not count, I did not have the strength.
I related with the lives, the bodies of women and their children who have become a territory of conflict.
We listened to their lives interrupted by the violence of war.
Because the violence of war, in addition to killing lives, kills dreams, plans and desires.
And it exposes you to further violence.
Especially on the bodies and lives of us women.
Operating in transit is not easy.
They are not our Centers: they are highways, barricaded by the police, the army, the financial police.
The desire of women is not to create another life, but to return exactly to their life as before. They leave their loved ones, their homes, their jobs, and they don't know what they will find next.
They don't even know what they will find in Italy. Who they will meet.
Everyone is happy to welcome the flyer that we distribute with information on the anti-violence centers of our network, to which they can always contact. Among the many flyers they receive, they hold it tight. It has never happened that it was "forgotten" or "slipped" from our hands and found by us later on the asphalt of the transit place.

The synergy between the various organizations present is positive and useful to give all the right information for a life free from violence in Italy. 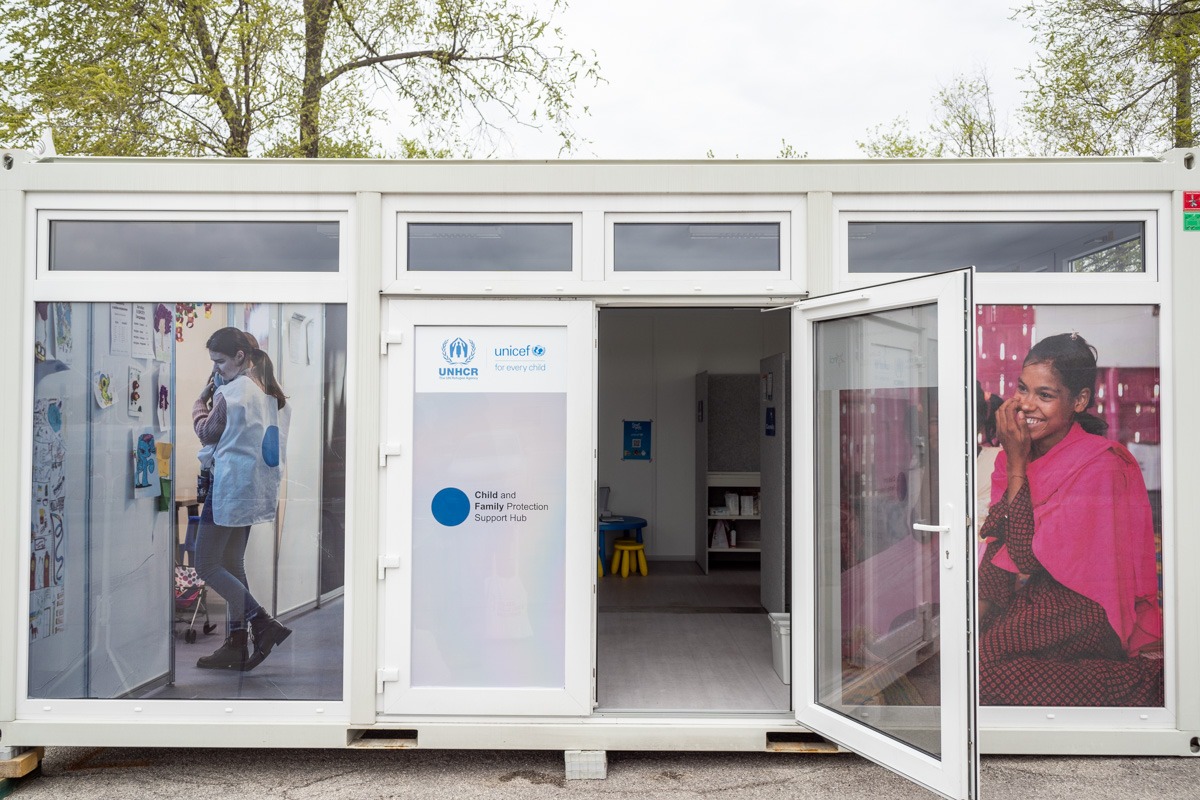 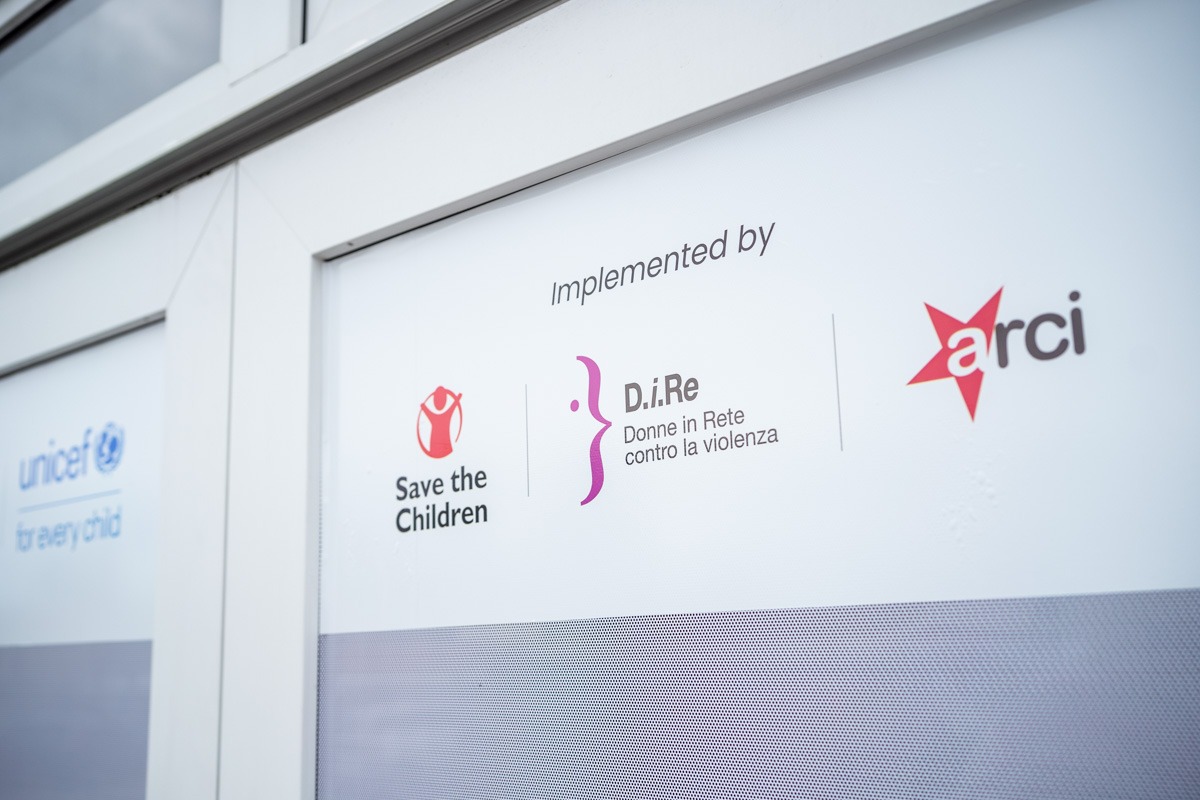 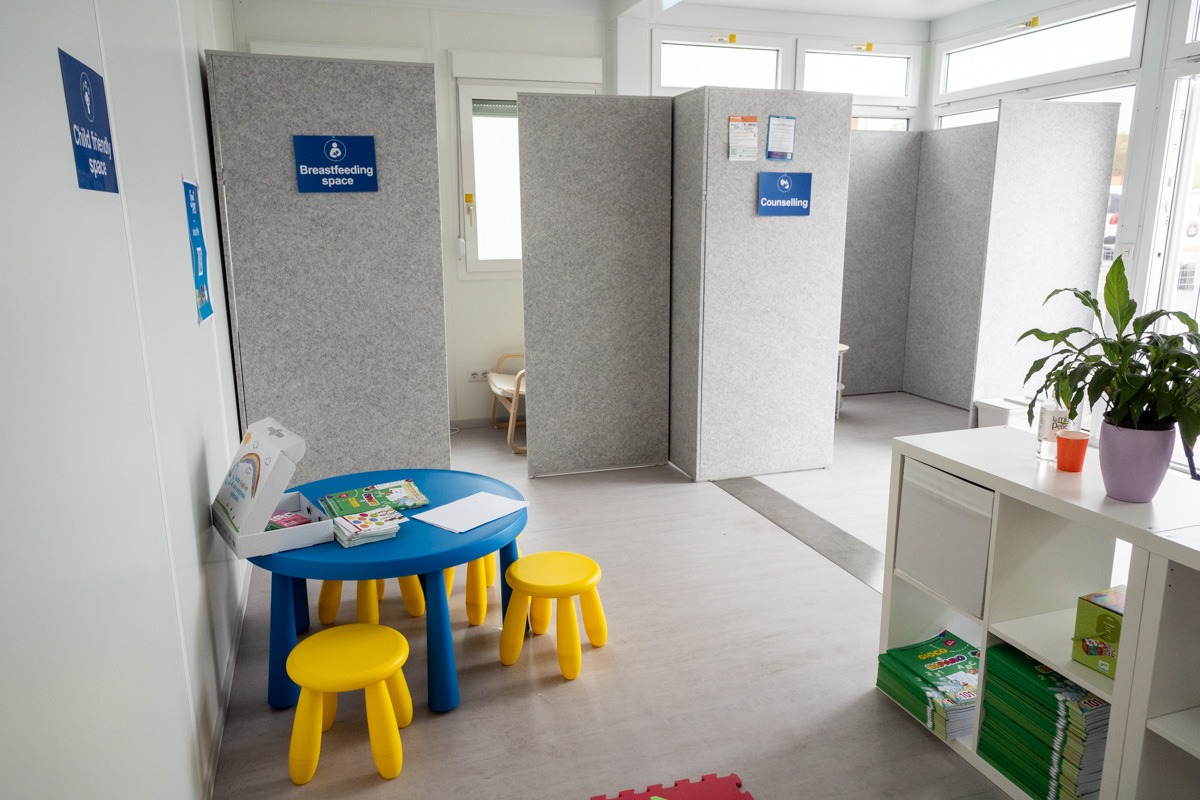